The Houston Art Car Parade will be back this year and celebrating it’s 35th year in existence! If you haven’t been, it is a must-go! Mark your calendar for Saturday, April 9th at 10am, but get there early for the best viewing spot! 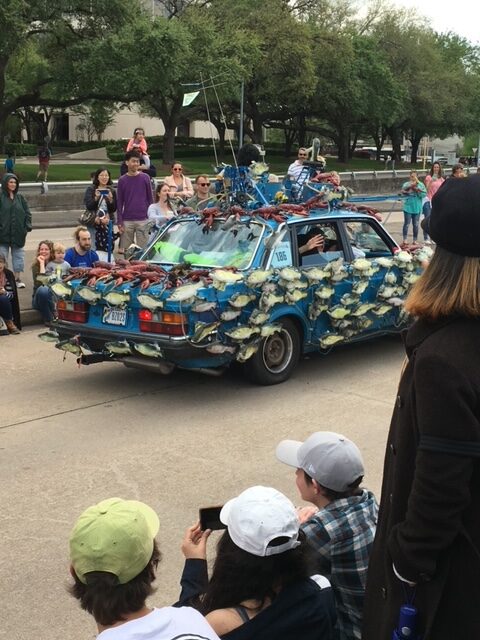 For those of you who don’t know what the Houston Art Car Parade is, it’s the world’s largest celebration of Art Cars AND the largest free public art event in our city. There are over 250 cars and entries from 23 states, including teams from Canada and Mexico. At the last parade, there were over 250,000 spectators ready to see the outrageous show of creativity on wheels. whoever said to Keep Austin Weird, doesn’t know Houston. 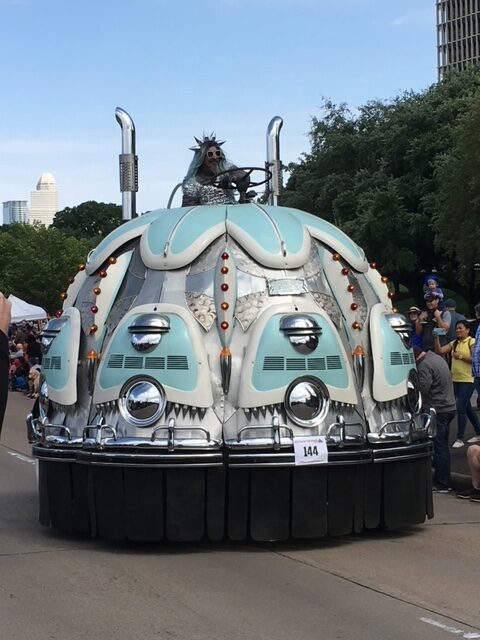 So, what is an Art Car? Typically, it’s an older vehicle that has morphed into a new and more creative life by an artist or group. It can be a temporary or permanent transformation. These vehicles become more of a moving sculpture. You’ve proably seen some around town throughout the year. The themes vary wildly, as does the creative ability. The pictures in this article were some of my favorites, the last parade we attended. 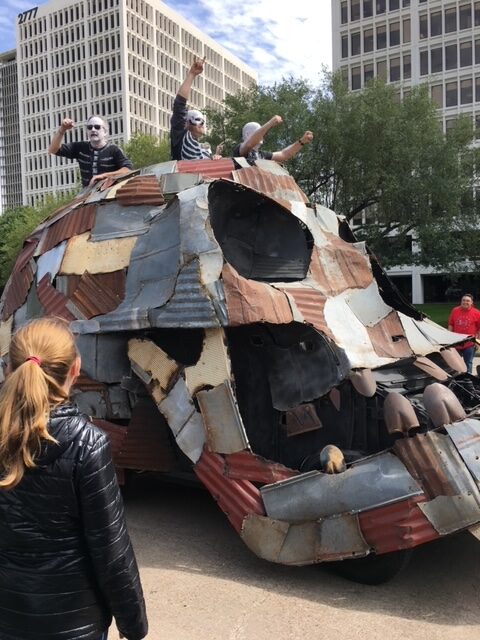 From it’s humble beginnings in the late eighties with a donated Ford station wagon, the parade has grown into quite an event. Although many noted artists bring their rolling works of art to the parade, many schools have increased their participation, as well. Not only are cars included, but the parade has grown to include motorcycles, scooters, go-karts and even tricked-out lawnmowers. At the last parade there was even a recliner on wheels. The someone I was with was intrigued by this one . . .

Bring seats and an igloo, wear a hat and they prefer you to leave Fido at home. Although the map of the route hasn’t been published yet, I always like sitting around the bat colony bridge. Parking is easy if you park in the garages off of Waugh near Whole Foods.

One part of being a great Realtor is knowing your city! Let us be your tour guide for your next home.

Complete the form below to ask a question. We will be contacting you soon.

View More from the CH Blog

A team of native Houstonians and seasoned professionals offering a full array of home services under one roof. We create beautiful homes and spaces that embody the style and individuality of our clients.